Laboratory of Ichthyology and Aquaculture

The history of the laboratory and ichthyology researches in our republic dates with the 1947 year, the year of creation of Zoology Section of Science Academy Base from the USSR, of science researches in Moldova, its head being the academic M.F. Iaroșenco. Further, in 1961, with the founding of the Academy of Sciences of Moldova, the laboratory, as the structural unity of Zoology Institute conducted fundamental and applicable scientific researches for the  inventory of the republic ichthyofauna, for the elaboration of the perspective forecast of the functional state of aquatic ecosystems and the recommendations for the increase of fish productivity in the aquatic objectives of the republic.

For the first time were achieved multilateral researches of the biology of the American catfish (Ictalurus punctatus Raf.), were created the biological bases of acclimatization, were materialized some biotechnological elements of breeding and growth of this fish in different kinds of water pools in Moldova.  The research results permitted the approval obtaining of the Ichthyological Comission of the Ministry of Fisheries of the former Soviet Union and served to the foundation of the biological bases of acclimatization of the American catfish in the refrigerant lake of the Thermal Power Plant in Moldova. In the mentioned investigations were elaborated the criteria of selection of age structure of the American catfish for the aquatic ecosystems population of various types and its use in the quality of biological breeder.

Another important project for the aquatic ecosystems in the Republic of Moldova , achieved by the laboratory researches was that of the sturgeon restocking of the inferior area of the Nistru river. Installations for reproduction in natural and artificial conditions of various fish species were elaborated, assembled and implemented, including the endangered species which are in the Red Book of the Republic of Moldova. The researches of the Zoology Institute, in common with the employees of the S.R.L. “ACVATIR” of Tiraspol, in 2009 stocked the Nistru  with 50000 specimens of sturgeon spawn, Acipenser guldenstaedtii, a species included in the Red Book of the Republic of Moldova, protected at European and international level.

In the laboratory were obtained mainly new knowledge concerning fish fauna, through the integration of the ecological methods in the classic ichthyological investigations in order to reveal the relational particularities at different levels of superindividual organization and  subindividual integration, of deciphering the mechanisms of maintenance of ecosystem stability and of the elaboration of a sustainable strategy of efficient and rational capitalization of fish fund. For the first time was evaluated the reproductive potential at some allogeneic and intervening species of fish, such as: Lepomis gibbosus (Linnaeus, 1758), Pseudorasbora parva (Temminck & Schlegel, 1846), Perccottus glenii Dybowski, 1877, Gasterosteus aculeatus Linnaeus, 1758, Syngnathus abaster Risso, 1827, Ponticola kessleri (Gunther, 1861), Neogobius melanostomus (Pallas, 1814), Neogobius fluviatilis ( Pallas, 1814) through histological investigations.

The descriptions of the ichthyofauna was included as component part in various publications of laboratory researchers, including in the collective monograph in 6 volumes ,,Животный мир Молдавии” (“The Animal World of Moldova”), “ The Red Book of Moldova”, the II and the III editions and others. Together were published about 1000 scientific works, 8 collections and 16 monographs, including “ The Animal World of the Republic of Moldova”, mentioned with the National Prize in the field of science (2013), 45 practical recommendations for the national economy, were obtained over 40 patents at different National and International Salons and Exhibitions. 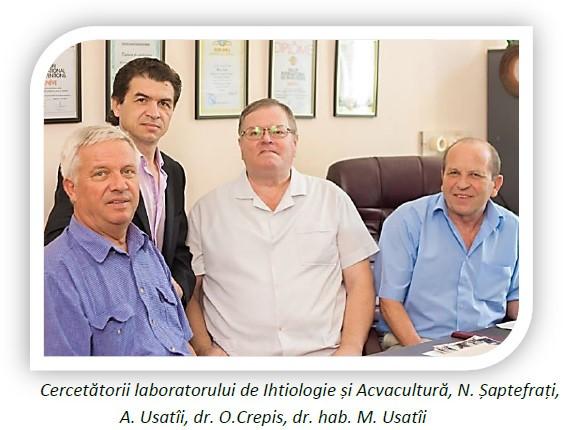 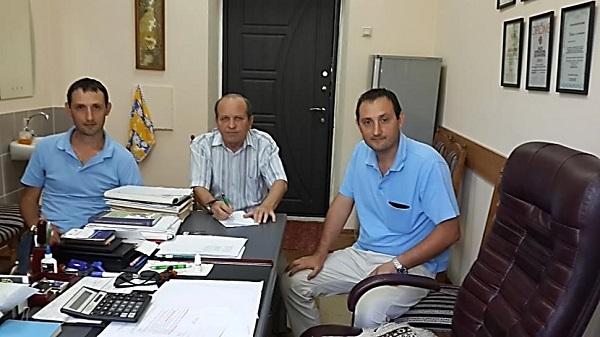 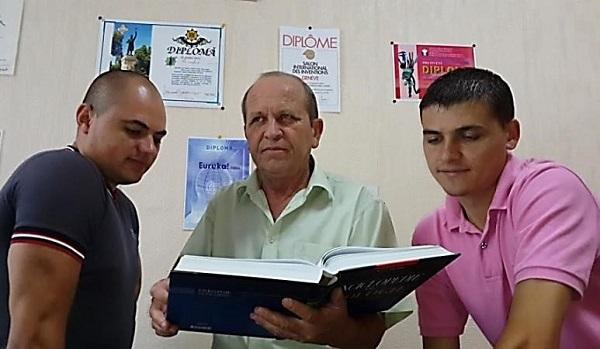 The results of the implementation:During the implementation of the installation, the obtaining caviar succeeded from 70% females, after, the caviar during the process of incubation reached a flock of 5, 6 million amur larvae. The rate of caviar fertility was about 80% and the rate of survival of the viable larvae – 66 %, that constitutes 3, 7 million individuals. The rate of the survival of adults females was 100%.

The results of implementation: As the result of implementation of the device it was found that the feeding of the carp brood with mosquitoes, mosquitoes larvae and other insects contributed to  the increase of the body mass with 4-7% ( in comparison with the witness pond, and the catching of harmful insects from the ponds contributed at the increasing survival rate of the brood with 9-12%.

The results of implementation: The increasing of the process efficiency of the pike perch brood through the creation of optimal nutritional conditions. That permitted the considerable decreasing of the loss of spawn after their population in ponds. Ensures an increased growth and survival rate of the brood as well as the transition in optimal terms of all the fish to the predatory mode of nutrition. Therefore cannibalism is avoided in mass, increases the survival of grown pike perch brood and their adaptive abilities at their population in natural pools.

The results of implementation: As result, during 4 months of brood growth, a viability of 95% was registered and the fish productivity constituted 50 kg/m3, the average mass of the seedling was of 50 gr.

The results of implementation: The invention result consists of the increase effectiveness of fish reproduction based on the new constructive elements of the installation ensuring modeling of optimal incubation conditions of the embryonic caviar of different fish species with a sensitive membrane and its protection from injuries and the increasing of the embryonic caviar vitality.

The results of implementation: The result consists of the increase effectiveness of fish reproduction based on the new constructive elements of the installation, ensuring modeling of optimal incubation conditions of the embryonic caviar of different fish species with a sensitive membrane and its protection from injuries and the increasing of the embryonic caviar vitality.

Patent Nr. 717. Period 20.06.2019- 20.07.2019
The results of implementation: Grape marc flour and bio-based products beta-glucans were administrated in fodder for amur which contributed at the percent increasing of brood viability with about 30%.