History of research in the field of entomology. Entomological research in the Republic of Moldova began in the XIX century with the study of harmful insects such as phylloxera, mealybug, blossom feeder etc., which caused considerable damage to agriculture. Among the first who initiated entomological research and published the results of their research were E. P. Rekalo, I. M. Krasilşcik, N. N. Vitcovski, K. K. Miller etc.  Pest attacks on annual and multiannual crops have become so severe that in 1911 was established the Bioentomological Station in Bessarabia, which operated until 1939.

In addition to profesional entomological studies, some enthusiasts have worked in the country, whose observations, together with the passion for insects, have remained in the history of national entomology in the form of entomological publications and collections. Among them we can mention E. Miller, N. Zubowsky, M. Ieniştea, A. Alexinschi, C. Hormuzaki, A. Ruşcinschi, who  became then professional entomologists, professors of biology and zoology.

In the interwar period, the entomological research between the Prut and the Dniester Rivers continued, having as priority the diversity of insects în general, the pests and the pest complexes of the agricultural crops and forests, inscribing in the history such personalities as B. Vereşceaghin, I. Lepşi, P. Şuster, G. Finţescu, C. Motăş, N. Osipov, L. Moriţa, S. Lavrov et al. Entomological research was carried out within the  Bioentomological and Viticulture Stations, and  Viticulture School from Chisinau (opened as early as 1842), in which S. Polizu, A. Ivancov, V. Popovici, P. For, W. Evstifeev (head of Viticulture Station), I.  Madan (head of Viticulture School) were worked as researchers and lecturers in the discipline of agricultural entomology.

After the formation of the Moldovan Soviet Socialist Republic, entomological research intensified due to the appearance and expansion of  invasive species during World War II. In that period of time, extremely dangerous insect pests from the American continent, called quarantine species, quickly entered and spread in the country, among which we mention the appearance of the San Jose scale, the fall webworm, the Colorado potato beetle etc. For the effective fight against the new dangerous pests in 1944, the studies of harmful insects were intensified at the “Plant Protection” Station subordinated to the Institute of Plant Protection of the former USSR, having as director a specialist in phylloxera and plant immunology D. Verderevskii. In 1946, in order to carry out the comprehensive research on phylloxera of  grapevine, was invited from Russia I. I. Prinţ , who was also  the head of the Plant Protection Department of the Agricultural Institute. In the entomological research of native and quarantine insects were involved  A. G. Golovin and  T. I. Bicina, who studied the San Jose scale, V.V. Vereşceaghin and V.I. Taliţkii, who studied the pests  of fruit crops, while B.V. Vereşceaghin initiated the study of a large group of plant pests such as aphids. In  that period the research  was focused, mostly,  on the identification and practical control of the pests. As a sign of gratitude for the results obtained in the fight against the phylloxera on the grapevine,  a medal which bears the name of academician I. Prinţ was instituted in Austria.

The accumulation of a large number of scientific results allowed to establish in 1946 in Chisinau the Scientific Research Base of the USSR. In the organizational chart of which was also the Zoological Research Sector, transformed into the Moldovan Branch in 1949. At the same time, appeared the first laboratories, including Entomological one – under the leadership of the famous scientist I. Prinț, who held the scientific title of academician in 1961 at the establishment of the Academy of Sciences of the Moldavian SSR.

In the Entomology Laboratory were studied and inventoried the native insect species, including pollinators; evidenced and estimated the numbers of entomophagous insects, predators and pests of agricultural crops and forest trees; the taxonomy of entomophagous insects and complex of parasitoides; insect systematics; population dynamics of insects having ecological and economic interest; monitoring of invasive allogenic insects; bioecological studies of certain species that are important for the economy etc.

Research in the field of entomology, initially condacted by academician I. Prince, contributed substantially to the inventory of insect fauna. More than 12,500 species of insects have become known in Moldova. of which about 400 species of entomophagous. Many new species have been described for science, studied the fauna, biology and ecology of some species of dendrophilic insects and harmful mites, the research being carried out by  B. Vereşciaghin, S. Plugaru, I. Plugaru, V. Taliţkii, V. Ostaficiuc, V. Stratan, I. Chiriac, Z. Neculiseanu, A. Andreev, V. Derjanschi, A. Poiras, A. Lozan etc.). Statistical methods and perforated sheets were developed to diagnose insects by entomologist P. Kiskin, created important museum collections of insects, among which we highlight the first collections collected by N. Zubowsky and R. Stepanov, pollinator collection, which includes 100 boxes of bees and bumblebees systematized and arranged by species prepared by PhD V. Stratan and  doctor habilitatus A. Andreev etc.

The fundamental research of the Entomology laboratory is focused on estimating the diversity and functional structure of economically important terrestrial animal communities and rare species in the conditions of anthropogenic and climate changes. Study of the structural-functional organization of terrestrial animal species and communities of economic and rare interest; the current state of the insect species of economic interest, of the rare and invasive ones in the Republic of Moldova; adaptive aspects of species in the context of climatic and anthropogenic transformations.

At present, the protected natural areas of the Republic of Moldova have a special importance for maintaining and restoring the diversity of insects. At the same time, both forest and steppe nature reserves, wetlands, river meadows and floodplains can be considered aș refuge for the survival and conservation of useful species, maintain the ecological balance of natural ecosystems, protect rare and endangered species.

Over the years, researchers have collaborated with the following institutions in the Republic of Moldova: National Museum of Natural History from Chisinau; Reserves ”Plaiul Fagului”, ”Codrii”, ”Prutul de Jos”; Institute of Genetics, Physiology and Plant Protection; Eco-Tiras International Association  and from abroad: ”Muséum national d’Histoire naturelle” from Paris, France; Museum of Oltenia Craiova; Museum of Natural History"Grigore Antipa" from Bucharest; The Mureş County Museum, Tîrgu-Mureș, Romania; „Instytut Systematyki i Ewolucji Zwierzat PAN”, from Krakow, Poland; the I. I. Schmalhausen Institute of Zoology of National Academy of Sciences of Ukraine, Kiev;  Scientific and practical Center of the National Academy of Sciences of Belarus for Bioresources etc.

One of the oldest and most fruitful collaborations of the researchers from Entomology laboratory and the researchers from the Faculty of Biology within the University “Al. I. Cuza” from Iași, Romania and especially with Prof., Dr. Ionel Andriescu, who for many years was as a member of the Specialized Scientific Council of the Institute of Zoology of the AȘM, consultant of the 2 theses of doctor habilitatus elaborated by Neculiseanu Z. and Manic Gh., scientific referent of the PhD and doctor habilitatus theses elaborated by Calestru L., Baban E., Furtună D., Derjanschi V., Poiras A. and Bușmachiu G.

Researchers from the Entomology laboratory have participated and are currently participating as researchers in the following projects:

2000-2023 State Program,  20.80009.7007.02, ”Evolutionary changes of the economically important terrestrial fauna, of the rare and protected species in the conditions of anthropic and climatic changes”.

2015-2019: Institutional fundamental project, 15.817.02.12F, ”Diversity, structure and functioning of faunal complexes in the natural and anthropogenic modified ecosystems in context of strengthening the national security strategy of the Republic of Moldova”.

2011-2014 Institutional applicative project, 11.817.08.16A, ”Study and elaboration of ways to regulate the herds of economically important animals and to protect rare species”.

2012 Project financed by the National Ecological Fundation, Contract nr. 1/2794-3917, ”Population status assessment and determining of the actual status of animal species proposed for the III edition of the Red Book” (part II).

2013- 2014 Project financed by the National Ecological Foundation, Contract nr. 2/3056-4373, ”Identification of invasive animal species on the territory of the Republic of Moldova and assessment of their impact on natural and antropogenic ecosystems”.

2010-2012 Bilateral applicative project, AȘM-ANCS 10.820.04.06 RoA  ”The importance of forest strips in maintaining the entomofauna diversity in agrocenosis, their role in the protection of useful insects and the numerical regulation of harmful ones in comparative aspect between the Republic of Moldova and Romania”.

2008-2009 Bilateral fundamental project, AŞM-FCFRB 08.820.08.02.BF ”Biodiversity of insects (Insecta: Collembola, Coleoptera, Lepidoptera) in the ecosystems adjacent to the rivers of Belarus and Moldova in comparative aspect”. 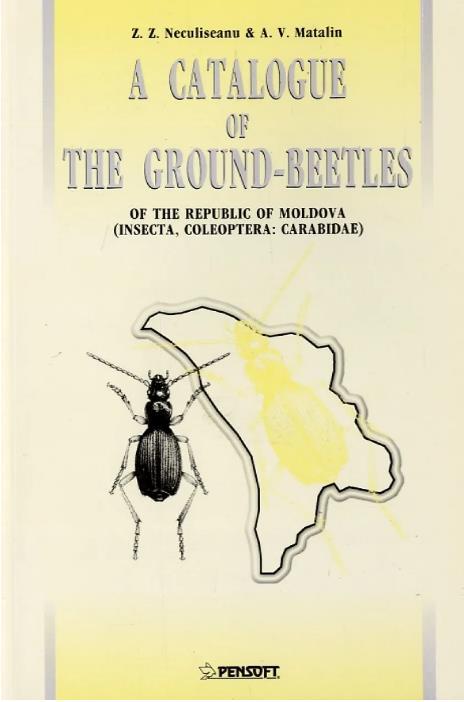 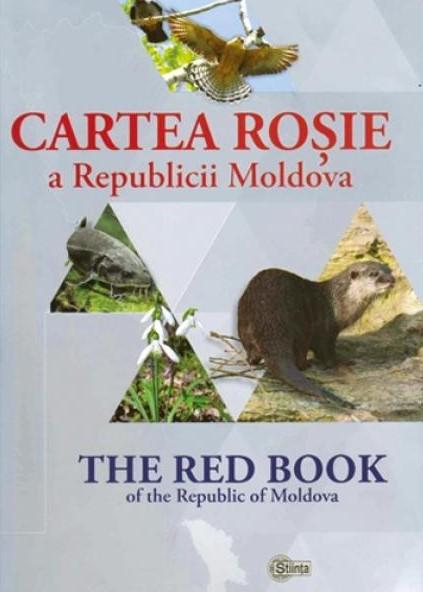 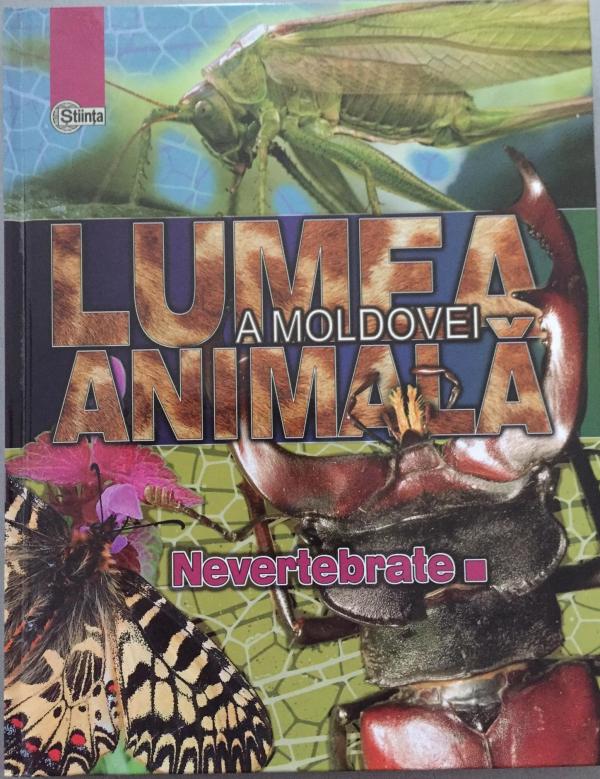 Monographs edited in the country: 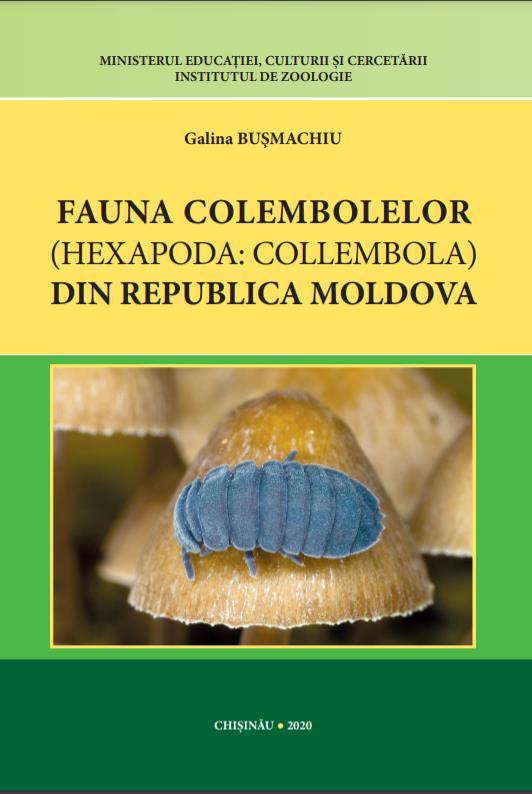 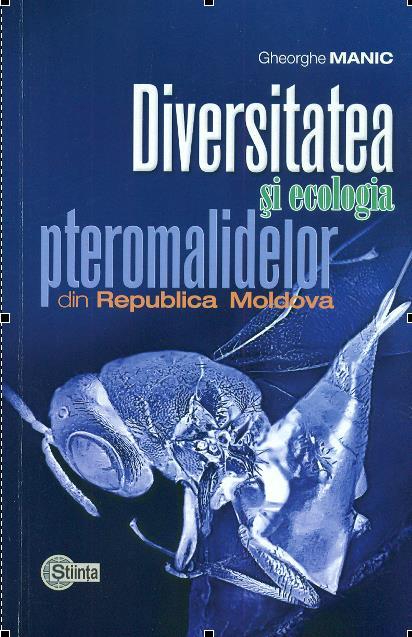 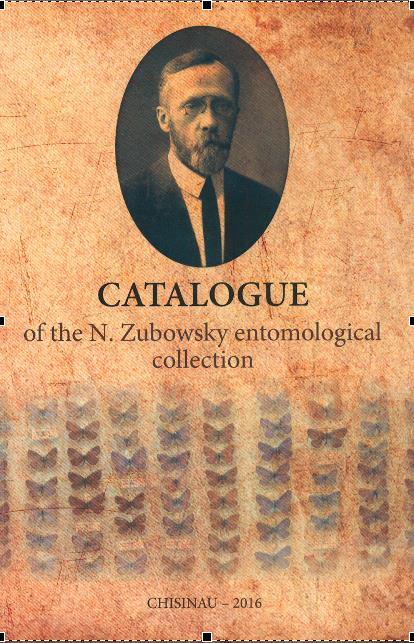 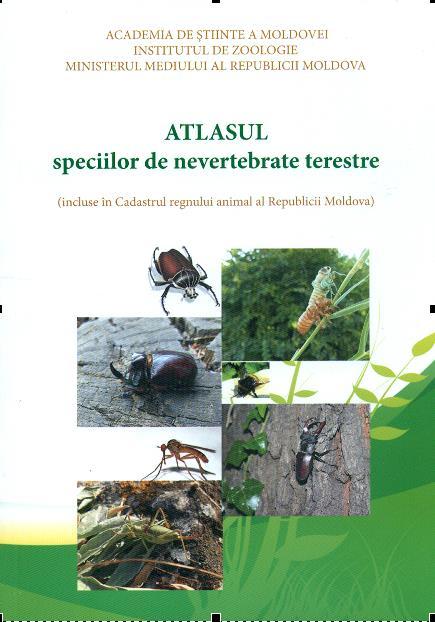 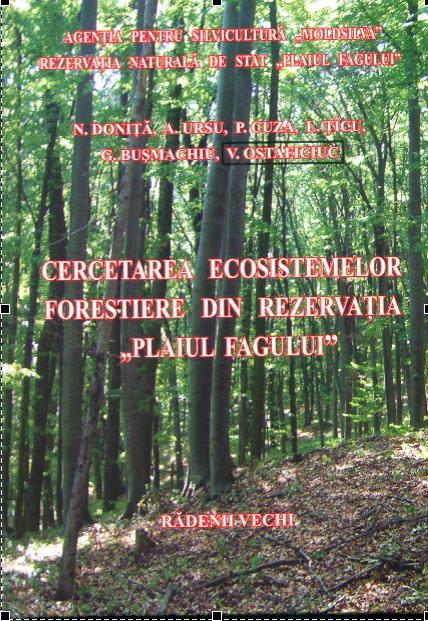